Between 1934 and 1992, the power station was responsible for supplying energy to the Lousal mining industrial complex and its population. In 1996, as part of the Lousal Revitalization and Integrated Development Project (RELOUSAL), the Frédéric Velge Foundation established a protocol with the Portuguese Association of Industrial Archeology (APAI) for the creation of the Mining Museum, inaugurated on May 20th 2001 Since then, this infrastructure has started to play an exclusively museological role, within the framework of the mining industrial archeology. The museum houses an important collection of documents, objects and equipment which allow visitors to observe the daily life of the prosperous years of the mine. 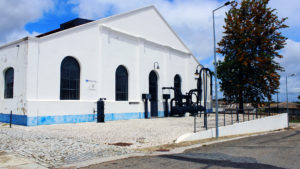 Area composed of a collection of three generators *, the electrical panel and even small compressors to fill the bottles to start the engines during mining.

The space retains the cabinets of the original tool kit to support engine repairs, alternators and three pulley systems (frame to support during engine maintenance). 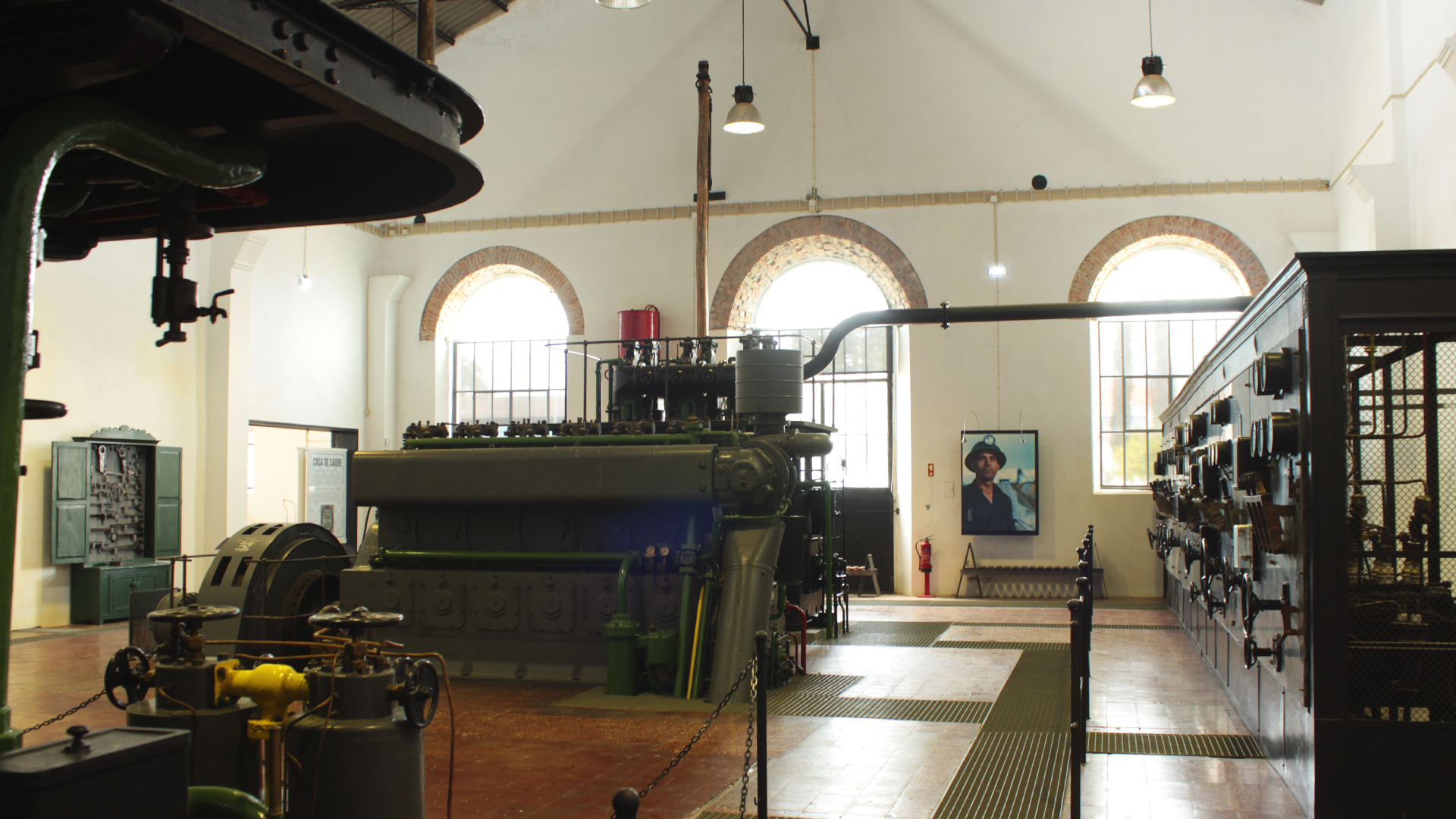 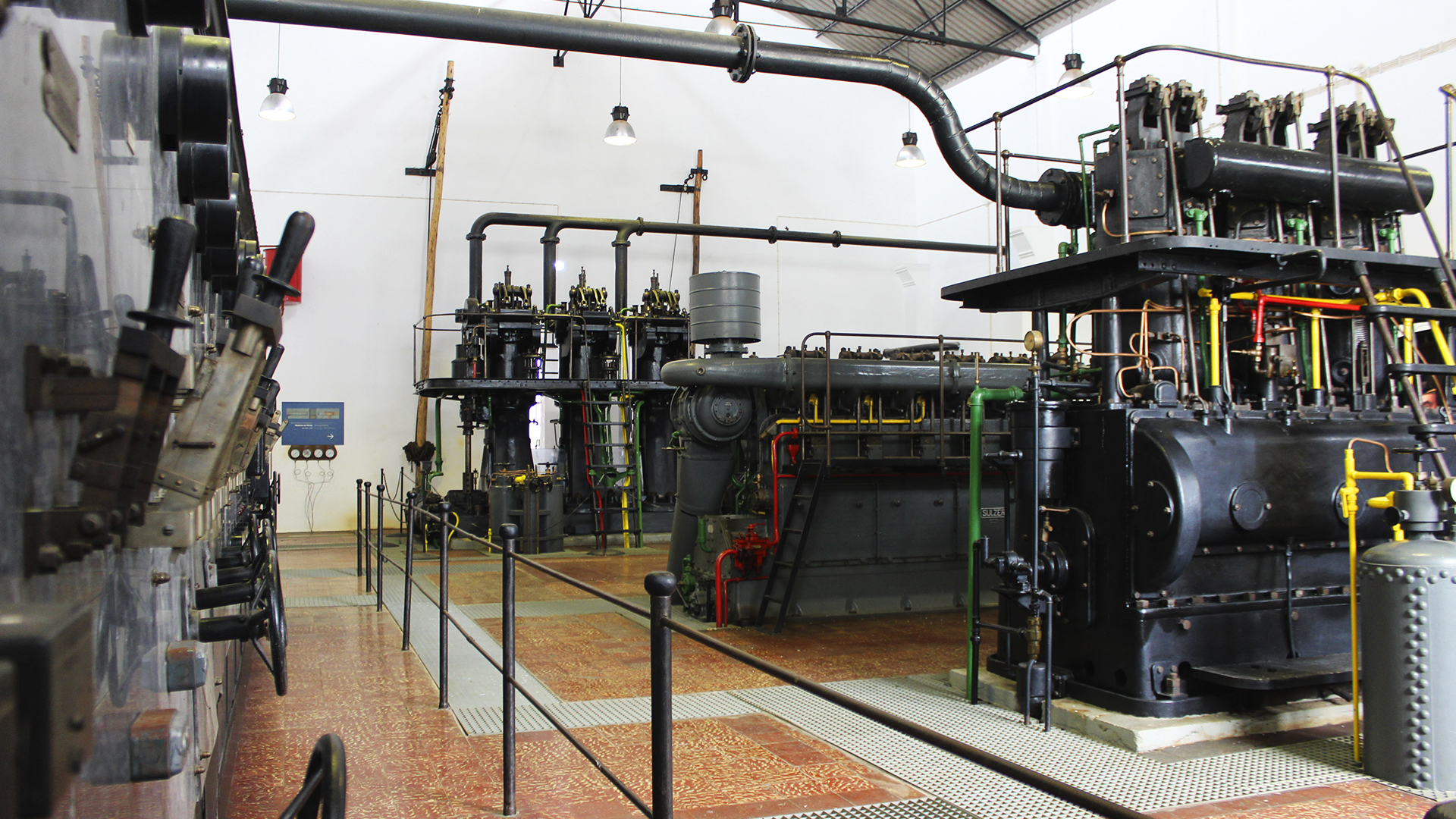 Exhibition area with five compressors * intended for the production of stored compressed air, first in the accumulator (equipment installed outside the building) and, from there, through conduits to the different underground mining galleries to supply pneumatic hammers, loaders and other equipment. 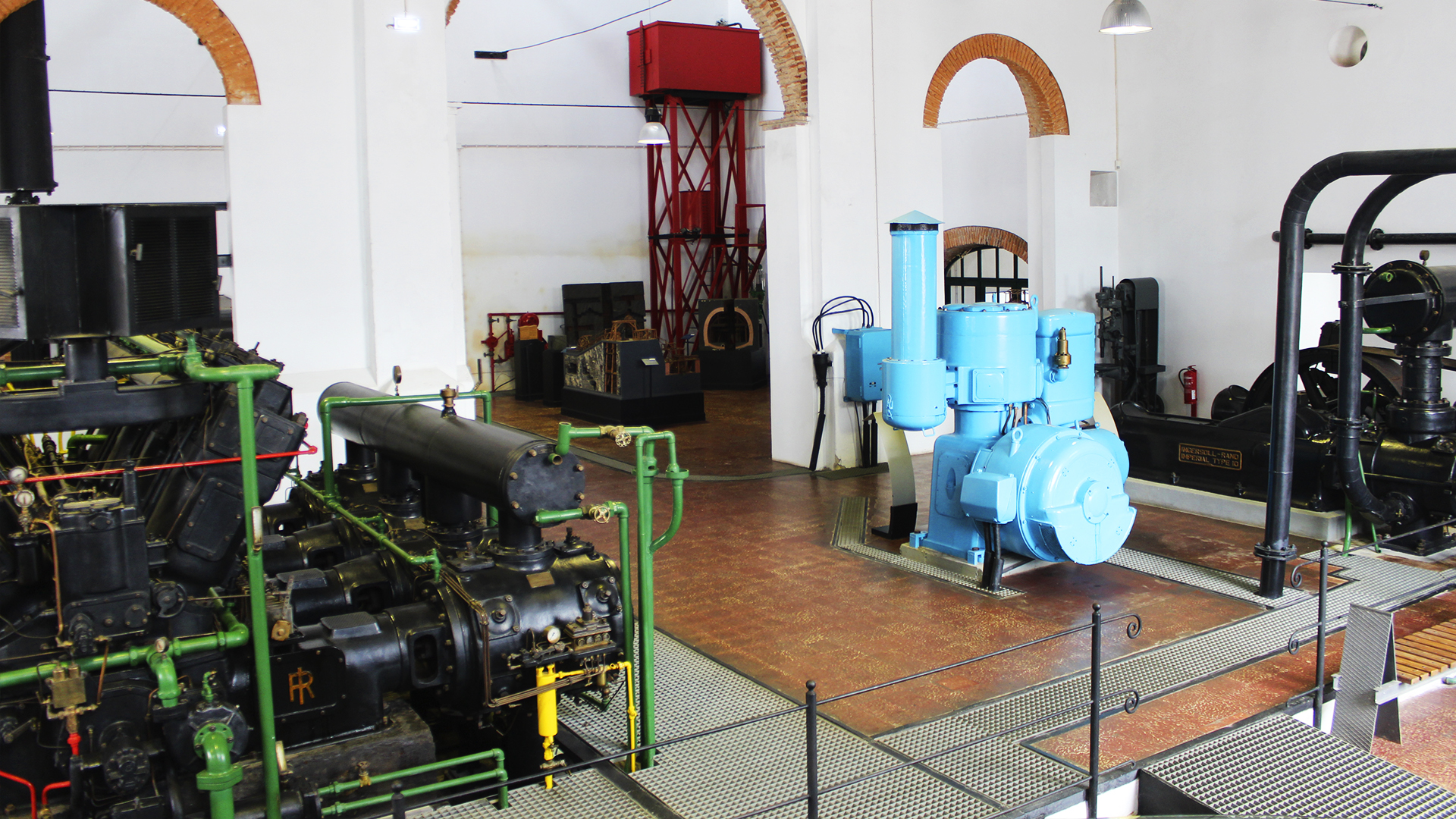 Space where the oldest compressor and centrifuge are located, and where the burnt oil was used. Until the 50s of the 20th century, ice was produced in this space and intended for director of the mine’s house and also for population festivities. 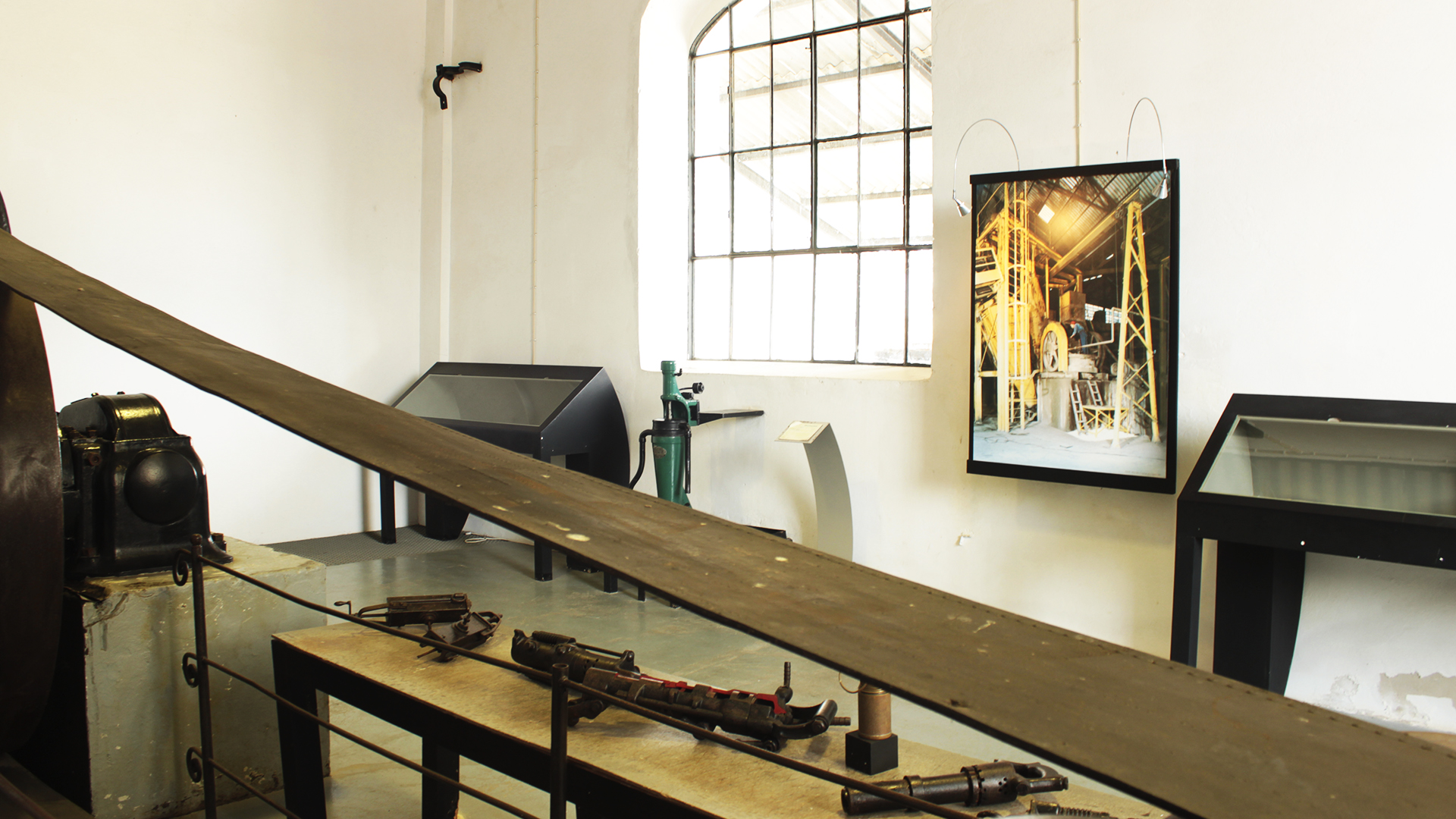 Area that houses the Casa de Saúde exhibition, whose equipment and other documentary objects reflect the hospital and pharmaceutical services set up in the mining village of Lousal in the 1930s for workers and the rest of the population. “Casa de Saúde” provided generalized services, providing a nursing unit for observation and treatment, several specialized rooms such as x-rays, a dentist, childbirth and respective maternity, a materials sterilization room and a pharmacy. 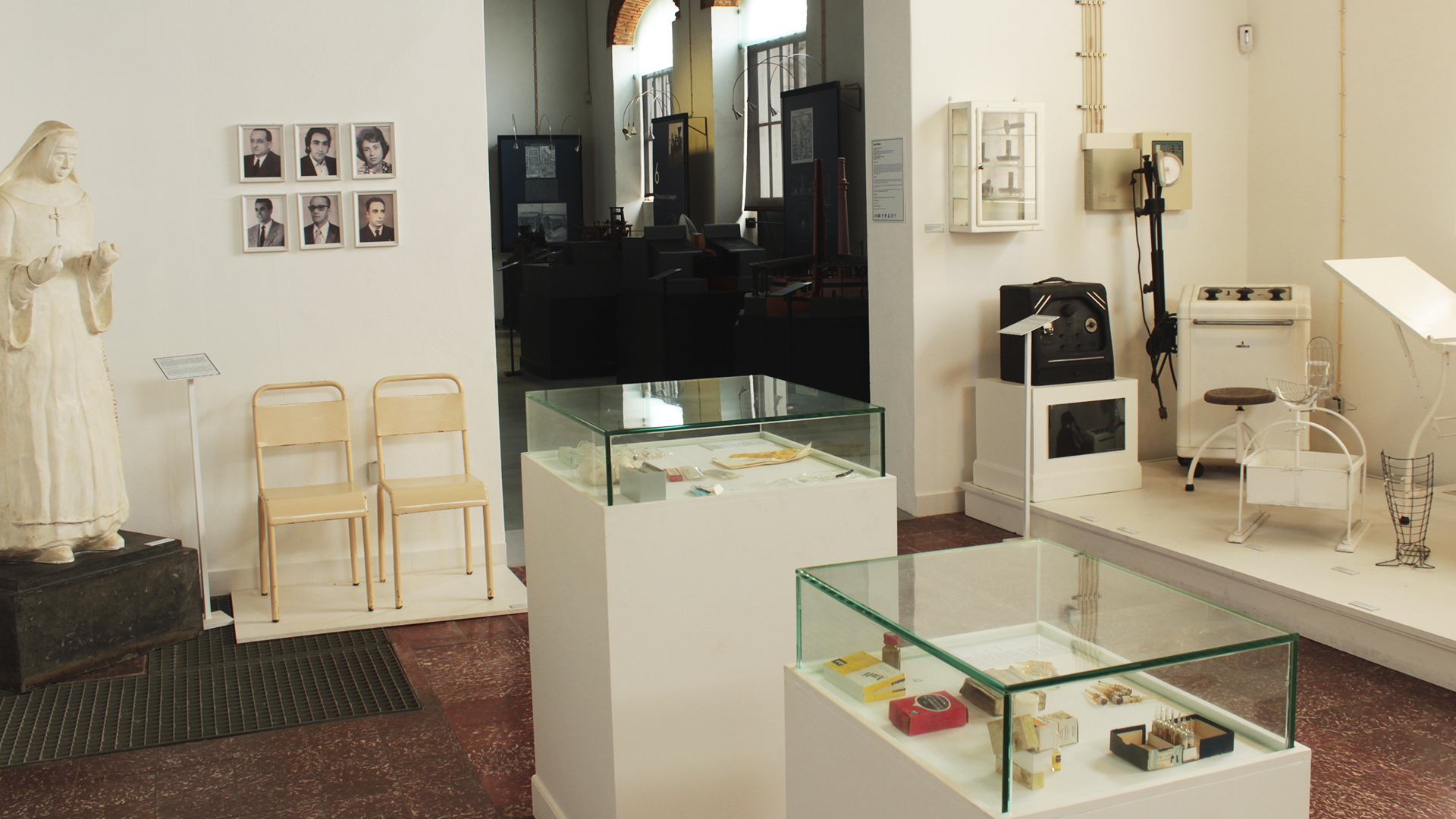 Exhibition composed of 52 three-dimensional models, produced in the 19th century at the Royal Academy of Mines in Freiberg, Germany, in wood and metal, representing an engine, a machine or a manufacturing process. They were used for several decades in the teaching of mining engineering, first at the University of Frieberg and, later, at the Instituto Superior Técnico in Lisbon, where it was brought in the early twentieth century by the Professor Alfredo Bensaúde. Since 2006, they have been at the Mining Museum, which gave rise to an exhibition divided into several areas: 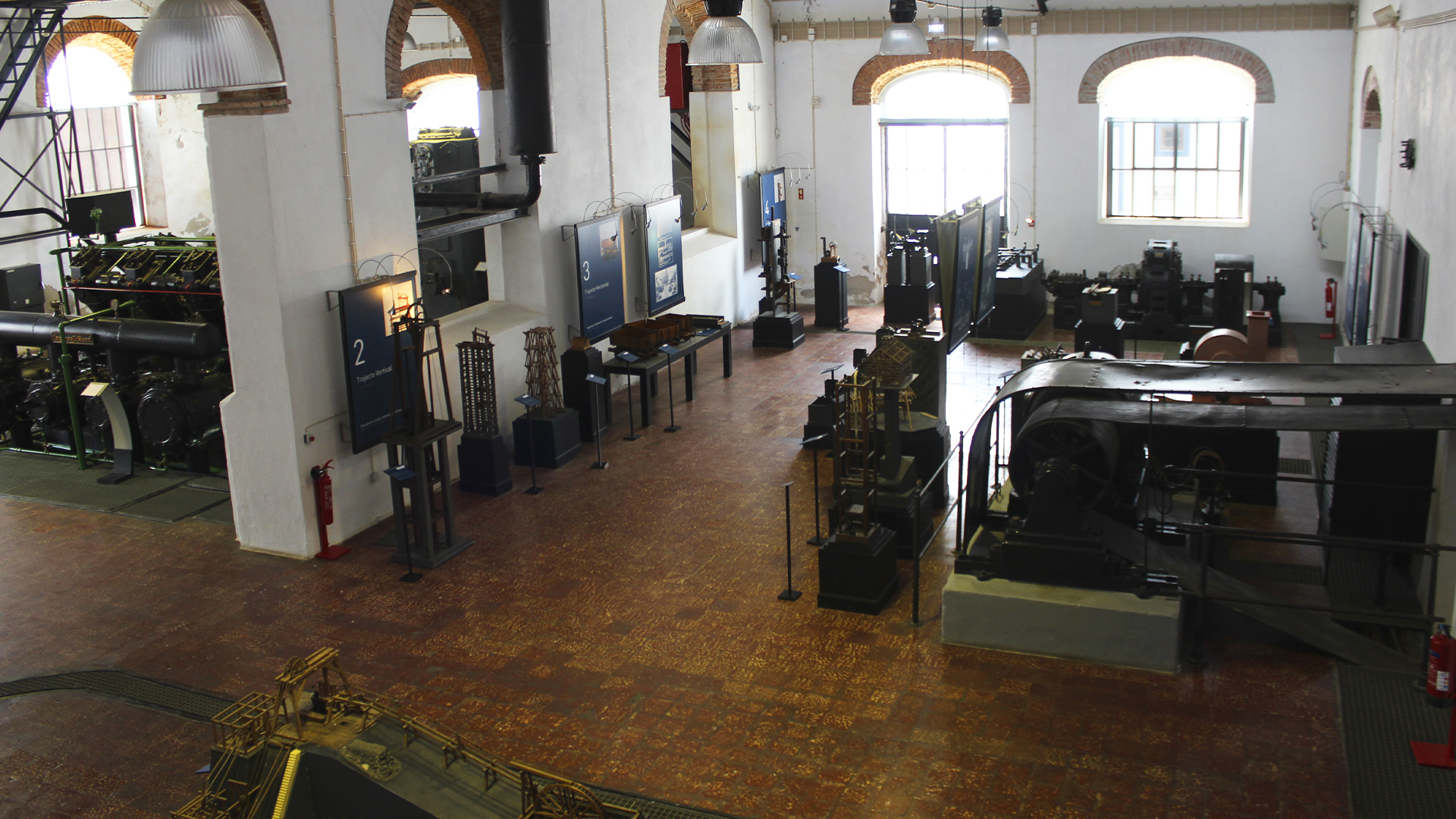